The Tenterden National School or Church School was established in Church Road, formerly School Lane, in 1843 in the building that is now used as the Day Centre. The date 1843 can be found on the building.

In 1957  the school in Church Road moved its 8-11 year olds to a new Junior School in Recreation Ground Road. Alderman W C Redman, Kent Education Committee Chairman presided at the official opening of the new buildings, costing about £42,000 and having 200 pupils, on Friday 18 October 1957.

The Mayor of Tenterden, Councillor Mrs N D Goldsmith, who said she had watched the school being built since the first brick was laid, extended a warm welcome to the nearly 300 parents and friends present.

Ald Redman described the new accommodation as a “landmark in the educational history of Tenterden”. Canon L G Appleton (Diocesan Director of Education) responded to the welcome given to the visitors and wished the school great success and happiness in the years ahead. The Rev C S W Marcon, chairman of the managers and vicar of Tenterden, carried out a short service of dedication at which the new headmaster, Mr R T Martin, read the lesson. The Dean of Bocking, the Very Rev H D S Bowen, former vicar of Ashford, then declared the buildings open. As a former chairman of the Ashford Divisional Education Executive he said they had never been allowed to forget how badly Tenterden needed new buildings. The opening ceremony was relayed to classrooms for the benefit of those children unable to be accommodated in the main hall and a tape recording was made of the speeches. Following the singing by the scholars of the new school hymn, for which the music was written by Mr B E Judge, a master, and the words by Mr R T Martin, assisted by members of the staff, a vote of thanks to all concerned with the opening was proposed by Mr I T Emberson (Town Clerk) and seconded by Lt Col W H D Wilson. A Posy of flowers for the Mayor and buttonholes for the Dean of Bocking, Canon Appleton and Alderman Redman were presented by David Weller, Keith Balkham, Daphne Brunger and Helen Sankey, following which tea was served by invitation of the headmaster and staff. In the strenuous days before the opening the headmaster had one comfort – the school had not been seriously affected by the Asian ‘flu epidemic which swept the country in the autumn of 1957. The Church Road school building became a separate Infants School (5-7). However, through the cooperation of all concerned, the Junior and Infant Schools were to be managed by a joint body. For the start of the summer term in 1973 the 150 pupils Infant School moved to new purpose built premises in Recreation Ground Road, below the Junior School, and the school buildings in Church Road became the Tenterden Day Centre. The headmistress, Miss Joan Bush, invited back on 21 March 1973 between 1.30 p.m. and 3.30 p.m. any former pupils as there were still many around who had started and finished their education at the school. Both the Junior and Infant schools are today Federation as Tenterden Primary Federation and part of the Tenterden Schools Trust along with St Michael's C of E Primary School, Rolvenden Primary School, and Homewood School.

This extract of information is taken from an article 20th Century Education in Tenterden written by Dr Jack Gillett , a very interesting read. 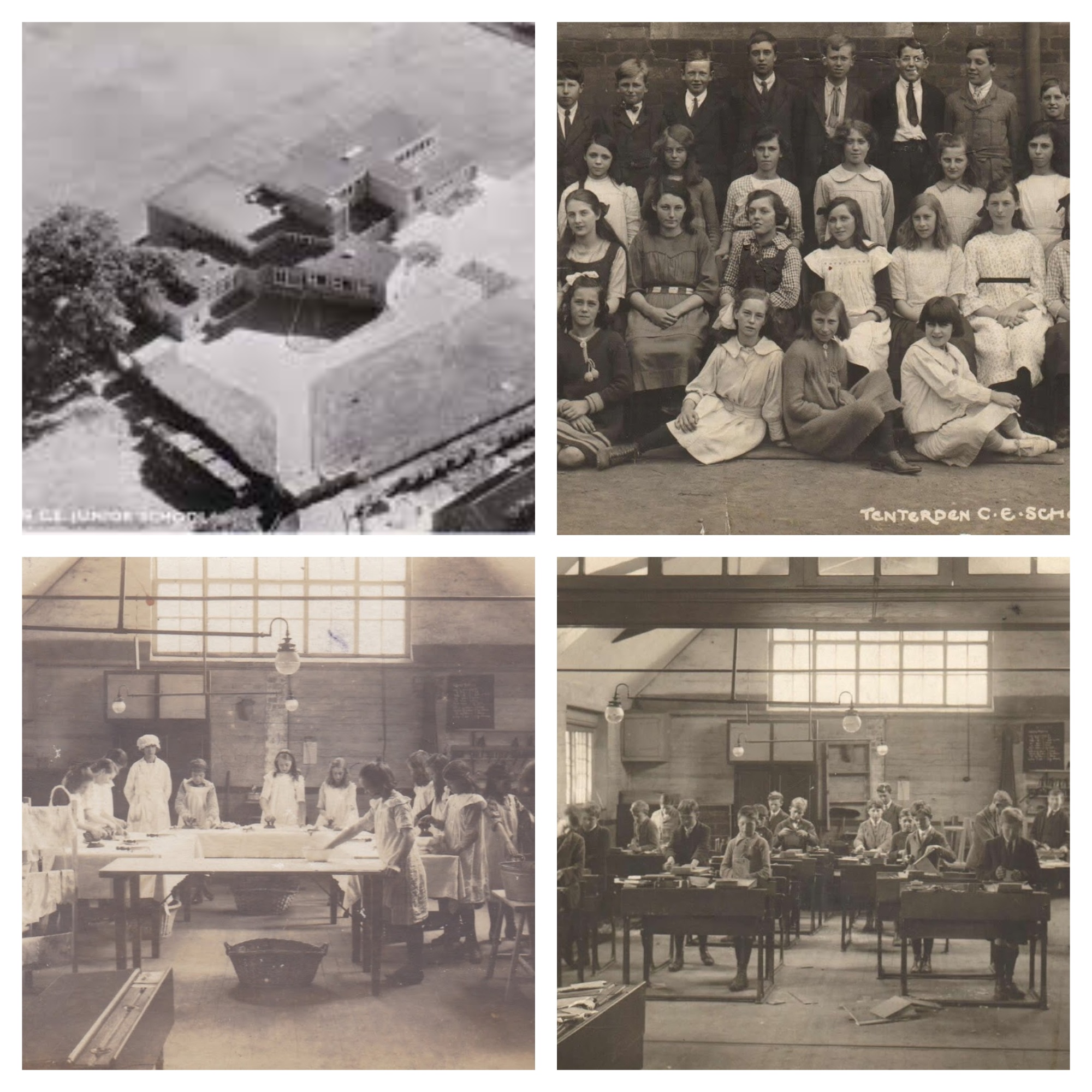